Homemade Masala Pav: A Quick Mumbai-Style Snack With The Flavors Of Pav Bhaaji (Recipe Inside)


What’s the first thing that comes into your mind when we say Mumbai street food? Well for us, it’s definitely pav bhaji without a doubt. The buttered buns served with the maseldaar bhaji, onions and lemon to garnish – every single bite takes us to the streets of Mumbai and we just love it for that. But, on most days when we are craving masala pav, we seldom think of making it ourselves – we are either pressed on time or don’t have enough ingredients. So, we found you a dish that is quite similar to our favourite Pav Bhaji but requires less than half the ingredients and makes for a delicious Mumbai-style snack, and it’s called – Masala Pav.

(Also read : Watch: Give Your Regular Pav Bhaji An Interesting Twist For Your Next House Party)

Masala Pav is an easy and quick way to relish the flavours of pav bhaji minus the effort and many different ingredients. But wait, that’s not it, along with being easy, this recipe is also fuss-free, all you need is one single flat bottomed pan and from cooking the masala to toasting buns, everything can be done in this pan itself. You can easily make masala pav with leftover bhaji, but making it from scratch is as exciting and easy as it can get. All you need is onions, tomatoes, capsicum, pav Bhaaji masala, and pav, that’s it, just these ingredients and a melt-in-the-mouth snack is ready to be savoured. Make it for breakfast, parties, or dinner – it’s going to be an instant hit everywhere. Give this easy Mumbai-style snack a try, with the recipe below.

If you like pav bhaji, you will love the recipe of this easy masala pav

Chop onions, tomatoes, capsicums, and ginger garlic, cook all this in a pan along with pav bhaji masala. In the same pan make some space and toast the buns.

Serve the masala on top of the bun, garnish with chopped onions, coriander, and lemon juice and munch away. Click here for the detailed recipe.

(Also read : Watch: How To Make Pav Bhaji Dosa – The Ultimate Comfort Food You Must Try)

Enjoy this easy masala pav recipe at home; if you are feeling like it, you can add potatoes and other vegetables to your masala too. Let us know how you liked the recipe in the comments below. 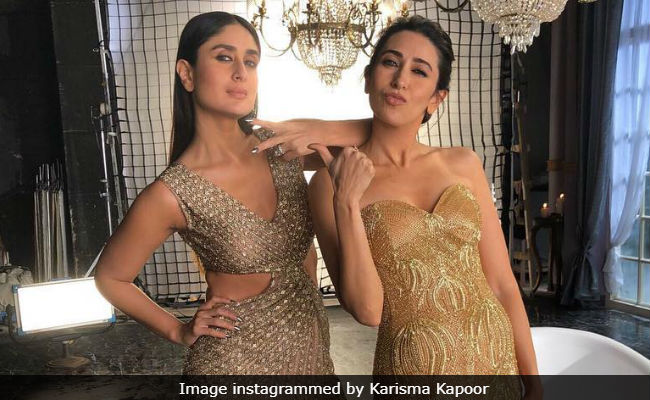 Watch: Karisma And Kareena Kapoor Had A Productive Weekend – Heres How

Rakulpreet Singh Is Gushing Over This Tastiest Treat Ever – See Pics