Miniature cooking is quite common on internet today. We come across several such videos every now and then, where people cook full-course miniature meals with tiny batches of ingredients, in mini utensils. But have you ever heard of gigantic cooking? Yes, you read that right. We recently found a video on YouTube that was exactly the opposite of what miniature cooking is. Here, huge versions of different types of foods are made with large batches of ingredients. Village Food Channel – a popular online cooking channel from South India – recently shared a video, where they attempted to make a 25kg lollipop from the scratch. “We made Biggest Lollipop in World,” the description on the video read.

The video starts with Firoz Chuttipara – the founder of the channel – relishing a regular lollipop and remembering his childhood days. In the next clip, Chuttipara and his team were seen mixing ingredients in huge utensils to prepare the gigantic 25kg candy. As the video goes on, he adds food colours and then transfers the mixture in an earthen pot to give the lollipop its desired shape. Chuttipara then takes a pipe and uses it as the stick for his huge-sized candy. Finally, after resting it for almost 12 hours, he breaks open the earthen pot to reveal the 25kg multi-coloured lollipop. Take a look at the complete video.

The video was originally published on July 6, 2021. It went viral in no time, garnering more than 1 million views till date. “OMG nice job,” wrote one in the comments below. “Congratulations for the video,” another comment read. A third user said, “You’re so awesome.”

Village Food Channel, who enjoys almost 5 million subscribers on YouTube, are known for their gigantic cooking videos. They regularly share cooking videos that feature unique, lip-smacking dishes prepared in big batches. One such instance is their 50kg mango ice candy. The video was published in June and garnered more than 2 million views till date. Here’s the video for you.

Are you too getting sugar rush like us? Let us know in the comments below.

About Somdatta SahaExplorer- this is what Somdatta likes to call herself. Be it in terms of food, people or places, all she craves for is to know the unknown. A simple aglio olio pasta or daal-chawal and a good movie can make her day.

Gujarati Tikha Pudla: This Pudla Recipe Is All That You Need For A Savoury Breakfast (Recipe Inside)

Sawan 2021 Recipe: How To Make Delicious Makhana Bhel For Vrat 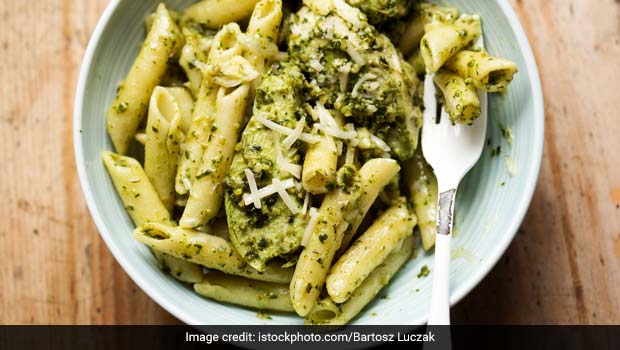 Thinking Of Ordering In? Whip These 7 Easy And Quick Weeknight Recipes Instead